skip to main | skip to sidebar

Eyes glazed by a blizzard of WoW2
ignore the burning crusade3 of nights
questing for the holy grail of cataclysm4.

Turning to listen, but eyes never leaving,
they wonder: why the angina of anger and angst:
can there be no happy endings?

To understand the pain, desensitize, deprogram,
and enter the puzzle palace of pattern recognition5—
a place where most are blind or deaf:

advantage the one-eyed man with signing savvy6.
Watch the movie in slow motion, frame by frame,
see the subtle sublimation of subornation

destroy the golden good the goose gifted to those
who came before—and left to us for careful tending.
A garden to nurture and grow for generations,

allowed to fallow and favor a world of weeds,
hidden within the nourishment of daily deeds—
stop the frame: savour the sediment in the syrup7.

on fuel from food8 that could feed those in need.
The answer, my friends, is the absence of anger,
abstinence resulting from the planned propaganda

that idled the machinery of change, locked the gears
of growth, froze the futures of the free, all under cover
of fog from the myth that you, too, can be there,

sitting with the self-hanged gods, the boss hogs that
championed Adam Smith9 over Karl Marx10, cheering
from the ring-side seats of power and control

over me and you.

War's evolution begins in the ashes of civil war:
northern factories industrial might created profitable
visions of gains from drum and fife and strife.

“Now, I am become Death, the destroyer of worlds,”
says the Bhagavad Gītā, and quoted by the father at Trinity13,
turning war into the religious experience many wanted.

Winds of war, driven by consumptive capitalism,
fan flames of chaos across the world,
shock and awe, creating a perfect storm,

blowing its clouds into Indochina, Korea, Vietnam,
Lebanon, Cuba, Iraq, Afghanistan, Libya, Yemen, wherever.
War necessary to save us, save the region, save the world,

from the writings of Marx, Lenin, bin Laden, whoever,
that foment revolution, revolution against...what?
(ever wonder why only one revolution was legitimate?)

But wars could be stopped, think Vietnam,
—here's to the war in Vietnam!—
by people marching in the streets, protesting

the requirement to die for the glory of...what glory will you die for?
And where did you serve? Name your war, _________,
just fill in the blank from the list above.

Oh, you didn't serve? Yes, that's when it changed.
Selective service14, the infamous draft, not a craft
beer, but a requirement to spend two years furthering

the cause, what cause, why the Walmart/Exxon cause,
the shop 'til you drop cause of consumptive capitalism.
The dogs of war now waltz with corporate partners

to protect the lubricant of their military-industrial machine
and keep it producing the Great American Dreamscape,
the world of WoW, shiny, glittery, unattainable: status quo

for me and you.

Market madness, wealth unbound and controlled by the few,
creates a rigged game that we can play but can't win:
“The business of America is business” so we are told, so we are sold.

Foreclosed, gone, God, they're tired, the motel room is crowded.
Tough days, worse nights, work gone, they were fired.
Working for gas, that's all they were doing, now nothing but waiting:

waiting for work, waiting for a hand—not government baiting.
Ask the red-wing blackbird if she'd mourn the loss of her marsh
if it kept the eagle eating? Hope? Nope.

'cause the eagle's waiting,

on me and you.

Earth Day in Propagandistan and everyone is green,
corporate hacks included, desperate with denial, yet
earth's day is quickly closing with the setting sun,

Let foreign banks finance the tanks and the ranks
while we drain the oil, eat the last fish—sushi anyone?
—cut the last tree, the world's tree, for more burger land.

Must we decide between the ring of the cash register
and the haunting, lonely cry of the loon?
No? Well eat shit and bark at the moon.

The point of convergence is here, Gaia shakes
and quivers, trying to throw off her human virus,
wreaking havoc with earthquakes, tornadoes,

all enabled by a Greek chorus of nine Supremes,
as the elitists strut their stuff and transfer whatever
you had to their accounts: you didn't need it, did you?

Where is your anger? Factories closed, jobs gone,
corporations controlling the government—
the best Congress that money can buy—

the food supply, energy, your right to decent health care,
privatizing their profits, but socializing their losses:
just let us pick up the tab, we're glad to help you out.

We the people, dominated by too big to fail
corporations granted the rights of people, struggle
to keep our jobs, food on the table, our families together.

Where is your anger? It's happening now and you are
living in the moment: now, not then, not when, now...
the Four Horsemen18 are mounted and riding out to destroy

Posted by Stephen Earle Perkins at 10:53

Email ThisBlogThis!Share to TwitterShare to FacebookShare to Pinterest
Labels: 2011.1 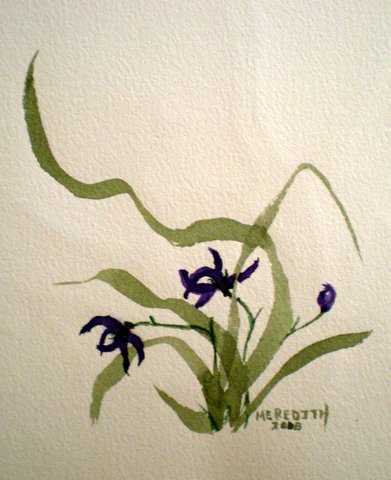